“I am taking this opportunity to compliment you and your colleagues on the outstanding efforts that have given us meaningful results in generating positive press coverage for the Central Avenue Business Improvement District. Your talent has given us greater visibility than we’ve ever had before and I am most enthused with the subsequent press it is generating in inquiries from newspaper and television reporters.

I was especially appreciative of your work in arranging my recent radio interview with the Mayor, as well as your recruitment of several business reporters who are now regularly covering our growth and activity.”

“Media Marketing has provided invaluable public relations advice and support to the NYS Adirondack Park Agency by securing editorial board meetings and television news special reports, which was extremely helpful in producing statewide media coverage for key APA legislative proposals, major accomplishments and current regulatory reform. Through the professionalism of Media Marketing, the APA met with editorial boards from the Capital District, Syracuse, Rochester, and Buffalo. Editorials and news articles which accurately represented the APA were the direct outcome of these efforts along with television interviews which aired in media markets throughout New York State.”

“Over the last four years, we’ve found the entire crew of Media Marketing to provide very high quality work with great attention to detail. Your response time from recognizing newsworthy events to creating press coverage is also very fast and in many cases, we see news articles or local television news station features the same or next day. Additionally, we have also been featured as cover stories in our primary trade journals. This combination of media coverage provides a dramatic difference in our business by creating interest, increasing our web presence, building business and providing the third party credibility our business definitely needs.” 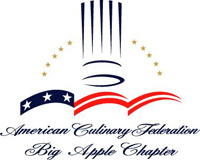 “My colleague chefs of the Culinary Olympians taking part in the Culinary Olympic competition would like to salute you and your team members for providing to us the outstanding press coverage we have been receiving. Numerous television and newspaper features are well representing our team, and the exposure is far exceeding any expectation we had when we started.

Food reporters and interviewers have found our story to be truly interesting. We are very pleased with your preparation, follow-through and delivery of what has turned out to be a fun and valuable result of our joint success in working together.”

The recent participation of you and your colleagues at the Schroeder Dairy appearance by Governor Pawlenty was certainly invaluable! The press coordination was superb and went off without a hitch! We are appreciative to you for the execution of the media program which was well received by all those in attendance.

On behalf of Governor Pawlenty and the team from the Department of Economic Development, please accept our thanks for a job well done.”

What struck me this past weekend was when on three separate occaisions, customers mentioned to me that they saw our news feature about the Jiffy Lube oil recycling program… This particular new exposure we received was only because you and your colleagues drove the effort to bring a very positive news story that could have easily been overlooked.”