Media Marketing is an award-winning public relations firm located in Albany, New York. Our team is comprised of experienced news producers, newspaper reporters, television news writers, trade magazine editors, bloggers, and public relations specialists who have moved on from broadcasting or print journalism. It is our experienced team’s award-winning news productions, printed publications and newsroom relationships that allow us to customize news stories that fit into the desired media outlets. 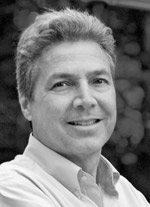 With twenty years’ experience in regional marketing throughout the Northeast, Howard is a noted authority on media relations and has been published nationally in academic publications and trade journals. He continues to write, is a frequent guest speaker on such topics as “Press Relations in Today’s Corporate Culture” and is a regular guest on television and radio. As a press aide to former Governor Mario Cuomo, Howard was instrumental in the passage of the New York State 21 Alcohol-Purchase Age legislation and the mandatory seat belt law which was passed by the New York State Legislature under the leadership of Assembly Speaker Stanley Fink and Senate Majority Leader Ralph Marino.

Prior to his governmental achievements, Howard served as Deputy PR Director of the Upstate New York offices of Arnold & Company Advertising of Boston. During this stint, Howard successfully opened the Ronald McDonald Houses for the families of sick children in Buffalo, Syracuse, Albany and New York. After completing his Master’s coursework in Public Communications at SUNY Albany, Howard continued to make the most of academic opportunity as an Adjunct Professor at the University’s School of Continuing Education. Howard and his wife Wendy are the proud parents of three children.